Windows 7 End of Life: What Do You Need to Know? 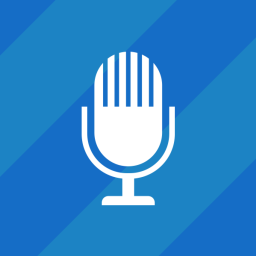 Microsoft will end its extended support for Windows 7 within a year. This means that on 14th January 2020 the operating system will be end of life. It’ll no longer be supported and there will be no more updates or security patches unless you are willing to pay for costly additional support. As Microsoft puts it: “Your PC will become more vulnerable to security risks.”

If you are still using Windows 7 you should upgrade to Windows 10 or risk leaving your business open to attack.

What is end of life?

End of life in computing means the end of official support for an operating system (OS) or other product such as a server or application, by the vendor. In this case it’s Microsoft ending support for one of its OS. Windows 7 has already been in extended supported for several years with Microsoft providing fixes and patches for any bugs and crucially security updates. End of life support means it’s time to upgrade as there will be no more new features or fixes for any security issues that are discovered.

This will turn Windows 7 into an obsolete platform with significant security implications. Any organisation still using Windows 7 after 14th January next year will be at risk.

The risks of not upgrading

Hackers love to exploit vulnerabilities and without future regular updates and patches, any organisations still using Windows 7 will be providing them with an open door. Once Windows 7 is no longer supported, any patches that are found in newer Windows systems won’t be fixed in the older OS. Cyber criminals will be handed the knowledge they need to plan their attack.
Other companies will also stop supporting the OS so new applications or updates to your existing applications, effectively software vendors, will stop supporting Windows 7 as well.

And there’s another risk – to computer performance. It’s already becoming much harder to get Windows 7 to work on newer hardware (due to the lack of hardware drivers by manufacturers that are backwardly compatible). By upgrading to Windows 10 you’ll see the benefits – from improved power management to faster boot-up time and hardware acceleration, brand new security features, improved search and overall performance to make general usage and navigation much quicker.

What should you do?

Latest research suggests that 10 years since it was launched, over a third of Windows users are still on Windows 7, while just over half have moved to Windows 10. There are a number of reasons why some organisations haven’t yet made the move. It can be a daunting task to plan a business-wide upgrade. A substantial piece of work can be required to understand which applications will be compatible and to plan the implementation. This is work that our consultants can do while you carry on with your day-to-day operations.

The benefits that Windows 10 can bring are many. It is a much more stable OS and offers a faster and more dynamic environment, plus it provides better support and integration for Office 365, Windows Server 2016 etc. Many existing devices that you might have purchased in the last few years that are running Windows 7 will be able to run Windows 10 comfortably and Microsoft research says that around 99% of apps that run on the old OS are compatible with Windows 10. The new OS has a greater range of features – Cortana’s getting a major upgrade and the browser is much more customisable, to name but two. It provides a better experience for newer software and hardware which is designed to run on it. And in terms of security, features like Device Guard, UEFI secure boot, Bit Locker, and Windows Hello make Windows 10 much more robust than Windows 7. There’s no point in sticking with an ageing system when you could be enjoying the features and enhanced security of a new one.

Another point to consider is that organisations are also starting to consume bundled licence packages such as Microsoft 365, which brings Windows 10, Office 365 and Enterprise Mobility Suite together. In order for this to be a worthwhile investment, it’s important to plan and deploy the technology properly. All too often we see organisations failing to make the most of the licensing they’ve bought, and this is something we can help you plan for and realise the full benefits for your organisation.

The end of life calendar

Windows 7 is not the only Microsoft product that’s approaching end of life. Here’s a list of what else is around the corner:

Some government bodies and larger businesses are able to take longer to migrate away from these older systems because they can afford to pay for additional much more costly support. If you are one of the organisations that can’t, you need to take action, especially as moving isn’t necessarily straight forward. Remedial work might be necessary to move between the two versions because some apps and devices might not be compatible with the new system.

The National Cyber Security Centre has issued guidance, saying that although keeping your platform up to date might be costly “Doing so is one of the most effective ways of keeping your networks and devices secure – this is why planning your upgrades far in advance is especially important.”

By using a modern and secure operating system you’ll expose your organisation to significantly less risk than if you’re continuing to manage an older OS.

Don’t leave your business wide open to attack. Next January is not that far away!

If you need help with the move to Windows 10 or Microsoft 365, we can help. SystemsUp is a Microsoft Gold Partner for Windows and Devices. We advise organisations across the public and private sector to create the most secure workplace IT environments. Get in touch if you would like to know more.