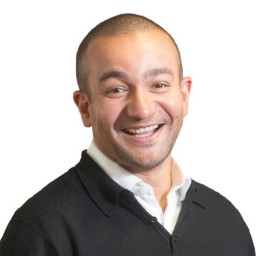 Background and use cases

It’s no secret that network architects and engineers alike have been been using Dynamips/GNS3 to lab up production scenarios. For a long time, this was the only option available if you didn’t have copious amounts of kit at your disposal or weren’t a Cisco employee. While working on a current project, our customer was not convinced of using “simulators” for a sandbox environment. There was a small amount of routers available which could again “simulate” our production topology with clever use of VRF-lite. However, I thought it best to convince the customer that virtualisation is the way forward for POC (proof-of-concept) and the only way I was going to do this was by suggesting a Cisco-sanctioned tool.

I remember reading about Cisco’s VIRL (Virtual Internet Routing Labs) and being confused about the editions. Here’s what I now understand:

As of writing this post, the current version VIRL is 0.9.242 which reflects its infancy. Functionality and flexibility-wise, in its current form, it’s no GNS3 killer. My biggest gripe has been that you cannot annotate the diagram with custom text/labels. It is quite clunky and not the most user-friendly of tools.

I’ll cover some of the core node types here:

Those familiar with Cisco’s One Platform Kit (OnePK) would have already been introduced to IOSv, essentially a VM running recent IOS code, ie. 15.4. People have had great success in extracting the IOSv image from the OnePK platform and GNS3 now has a new QEMU VM type:

This is the same  simulated version of NX-OS (Nexus Titanium) that has been used internally at Cisco and on its dcloud labs platform. The functionality is currently limited to Layer 3 only.

ASAv is based on the commercially available virtual ASA product but with limited throughput.

Again, CSR 1000v is based on the commercially available virtual CSR production with limited throughput.

Yes, given that you have copies of all the VM images, some of which cannot be legally obtained. VIRL has other features such as AutoNetkit for config. generation which I’ll cover in a future post.