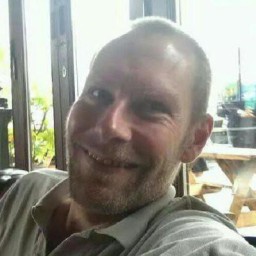 Apart from being the biggest re:Invent ever, with over 32,000 attendees, the 2016 event was jam packed with 400+ sessions full of technical information and new services launched that will help organisations with their move to the cloud.

One of the big highlights for us was the session with AWS VP & Distinguished Engineer James Hamilton talking about the architecture and setup of the AWS cloud – his presentation on YouTube is well worth watching. However it was the announcements around AI and deep learning that really hit home the power that AWS brings to business. The potential in these services is incredible.

Artificial Intelligence has long been a difficult one because of the time, effort and money needed to build machine learning models and algorithms.  With its three big announcements on AI – Rekognition, Polly and Lex – AWS has opened the door to help developers build better and more insightful apps.

Polly turns text into speech that sounds like a human voice to help you create speech-enabled products. It has 47 different voices across 24 languages. Read AWS evangelist Jeff Barr’s take on Polly here.

Lex is the next step on from AWS’s AI assistant Alexa. It uses automatic speech recognition and natural language understanding to build conversational chatbots. You will be able to add natural languages to almost any app you build to engage more effectively with customers.

Other announcements that caught our eye were:

A new way for developers to get easy access to low-cost virtual private servers to run simple applications for smaller projects. Learn more about Lightsail here.

New virtual machine instances will be available for developers to rent by the hour with elastic GPUs for EC2 to attach resources. Also, new F1 VM instances will allow you to write the code, create an image and run it as custom logic on field-programmable gate arrays.

It is pretty much accepted these days that public cloud computing is the right solution for an increasingly large number of workloads. No longer is it seen as the domain of digital start-ups and hipsters from Shoreditch. Increasingly enterprises are recognising its power rather than simply paying lip-service. Nobody encapsulated this better than Steve Randich of the Financial Industry Regulatory Authority who explained how the US regulator had embraced AWS to analyse its data.

The announcements around Lambda show just how far we have journeyed. No longer are we simply considering running our workloads in somebody else’s data centre (Infrastructure as a Service – facilitated by services like EC2 and Elastic Load-Balancer) or running our code on infrastructure managed by AWS (Platform as a Service – Elastic Beanstalk and DynamoDB spring to mind here). In the future we will all be going serverless and wondering why we ever bothered worrying about whether we had our firewall rules configured correctly. If you want to know more, read Simon Wardley’s excellent article on the subject.

The wealth of knowledge acquired during an intensive five days at re:Invent is too wide ranging to cover in specific detail in one blog and while we can plead the Fifth Amendment on the social side of the conference (as they say, ‘What happens in Vegas, stays in Vegas’), hopefully we’ve shared enough to get you excited about the possibilities that public cloud can offer across all aspects of modern business.

SystemsUp was delighted to announce it had become an AWS Public Sector Partner for Government at re:Invent.