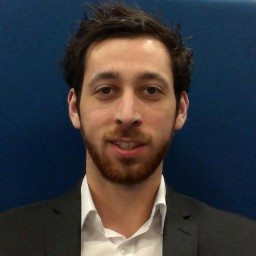 For various reasons, some customers may wish to segregate their environments using separate AWS accounts rather than VPCs.

I have limited admin. rights to the specific AWS services that the Ansible control server will require access to. To understand exactly which services you want to include here, you may start with a fully permissive policy and then use the Access Advisor tool to see what services your deployments actually interact with.

You’ll note that I’ve added a condition to the below trust policy. Without this policy, user accounts with administrator rights in account A will be allowed to use the console to switch roles. Here, the condition restricts the assuming of the crossaccountdeploy role to a specific instance-id (e.g. Ansible control server). It would have been ideal to reference Account A’s deploytoaccountb role that the instance assumes instead of the actual instance-id. This would reduce the manual policy changes required if the instance dies or is re-provisioned through auto-scaling/auto-healing.  This is currently not an option as the “AWS Security Token Service has no service-specific context keys that can be used in an IAM policy”

We will log in via ssh to our instance in Account B and use the AWS cli tools to switch roles and then run a describe/create command in Account B. See Switching to an IAM Role (AWS Command Line Interface)

NB: If you’re using the Amazon Linux AMI, the AWS cli will already be installed. If you’re copying my script below, you’ll also need jq, which is like sed for json data. On RedHat/CentOS based distros: yum install jq

If all goes well above, you’ll receive no error messages and you’ll be ready to test.

Prerequisites: you’ll need to have created a security group, ssh keypair etc. Replace the eight 9s below with your account-specific references.